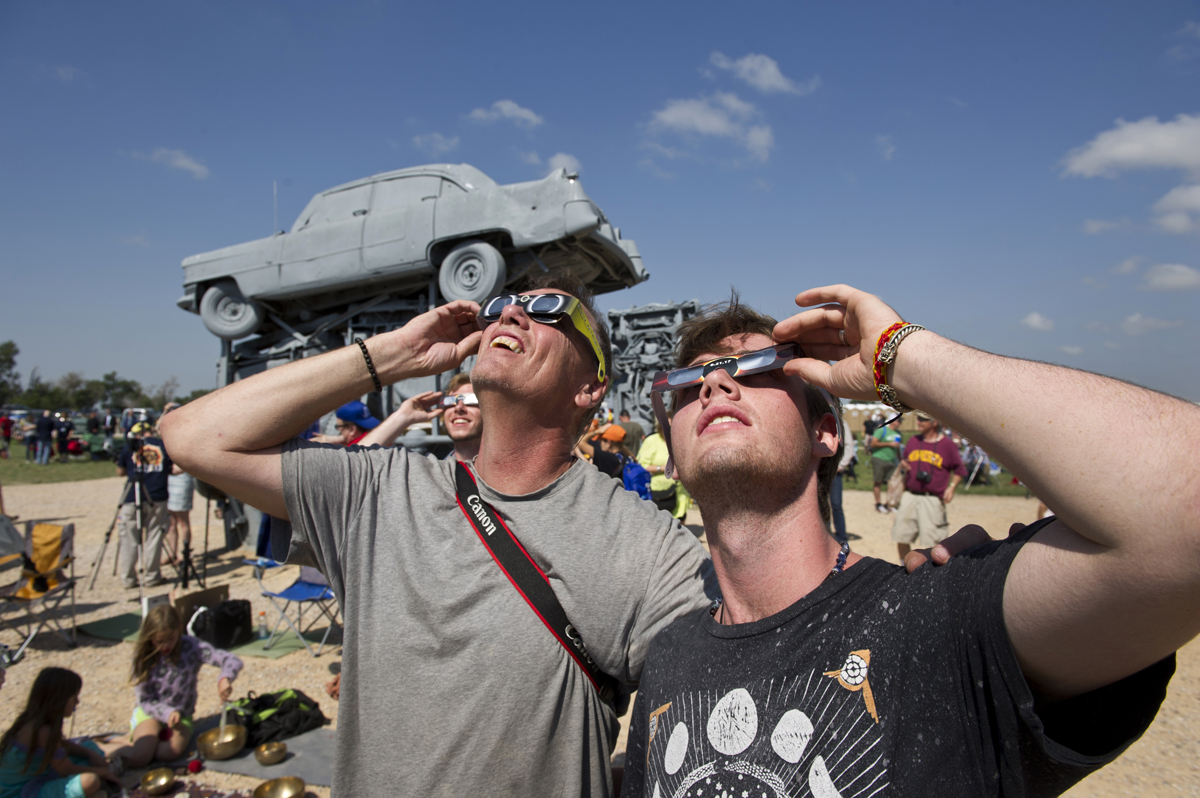 Watching the beginning of the eclipse at Carhenge in Alliance, Nebraska. ©Chuck Bigger 2017 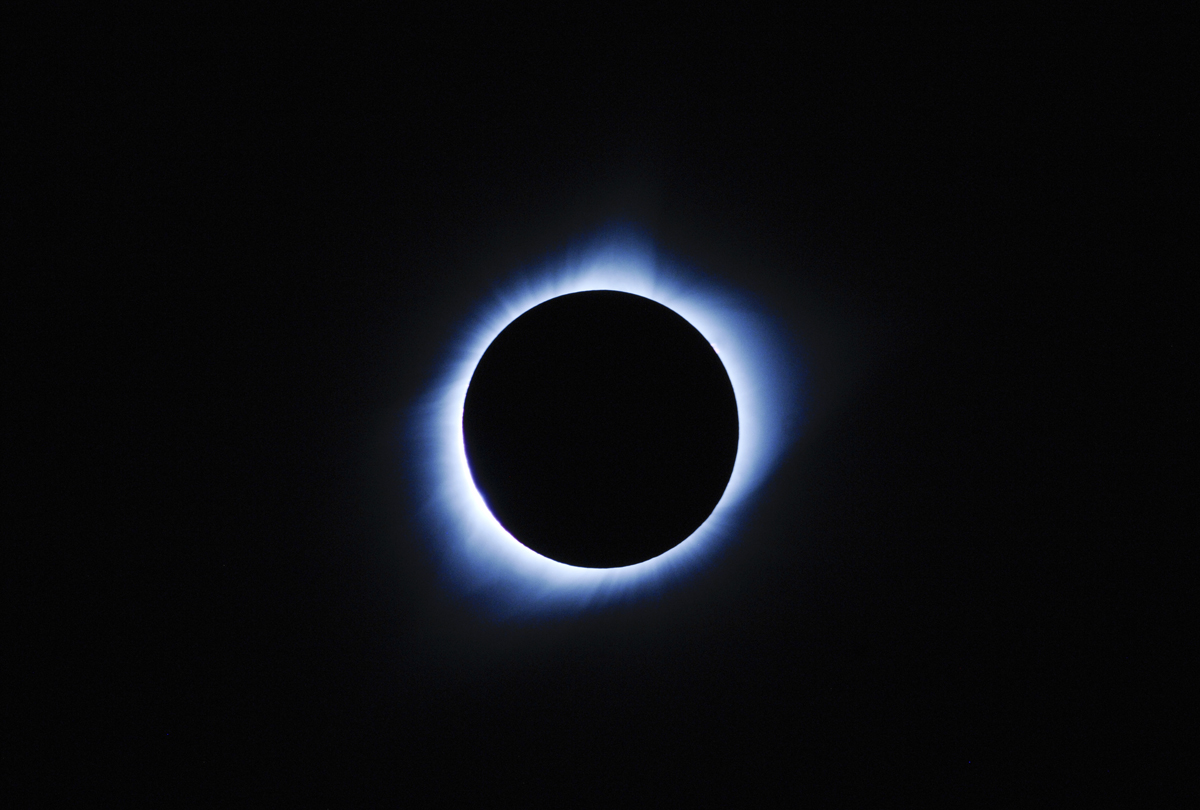 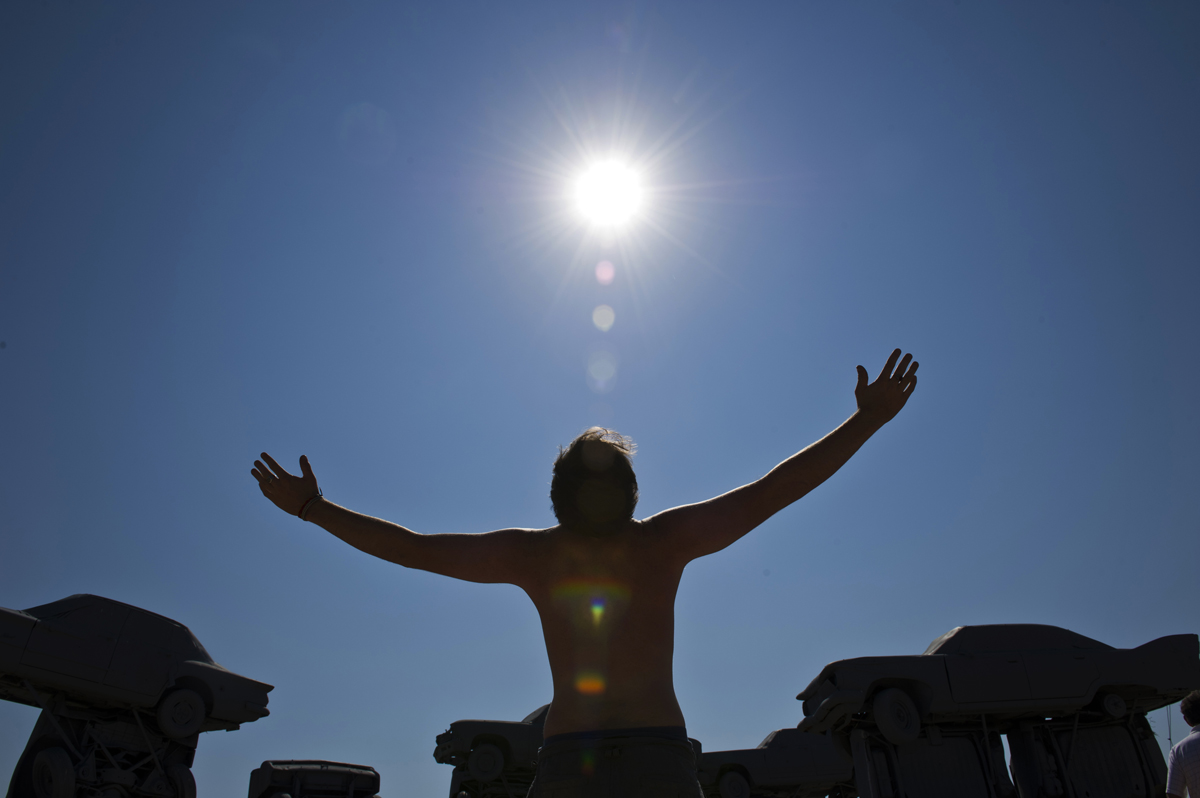 Tavon Boaman, from Ft. Collins, CO, worships the sun during the beginning phases of the solar eclipse at Carhenge, near Alliance, Nebraska. ©Chuck Bigger 2017 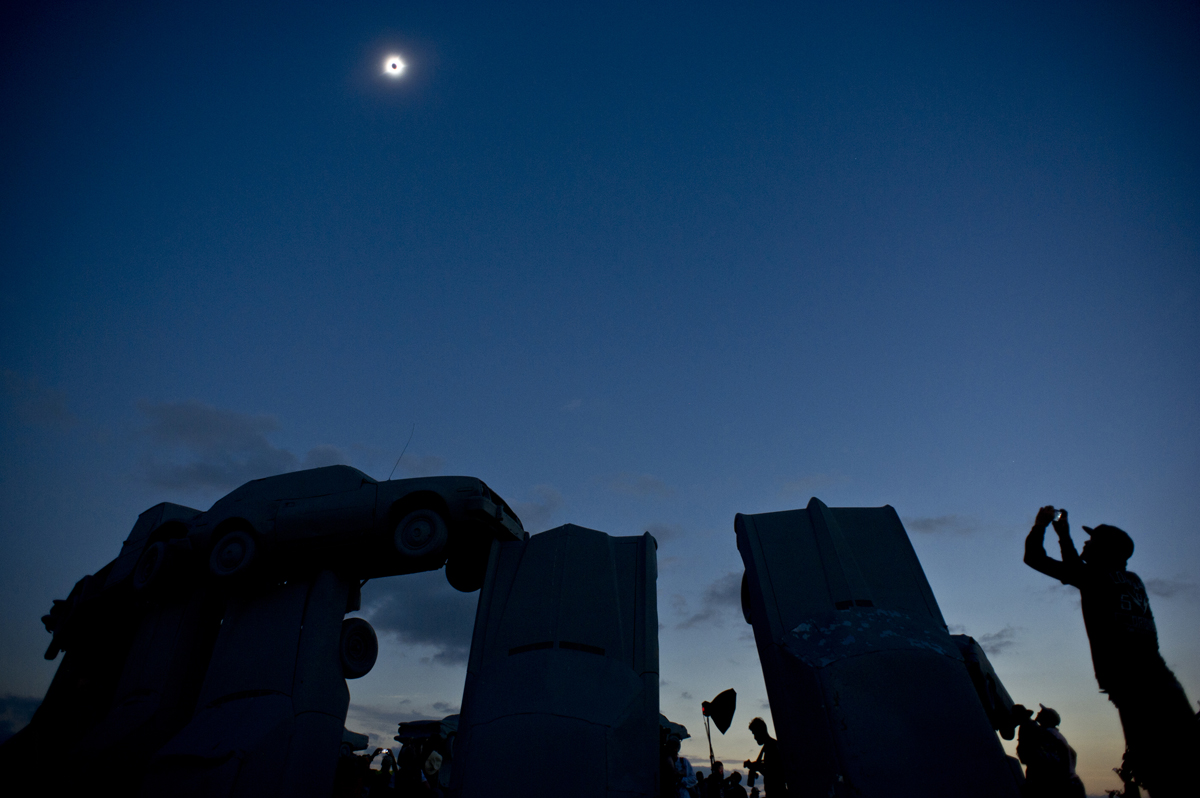 The Carhenge sculpture under the total solar eclipse near Alliance, Nebraska. ©Chuck Bigger 2017

On Monday, August 21, 2017, I will join millions of other Americans by hopping in the car and traveling to the darkest corner in the shadow of the moon that I can find, driven there by the memory of the last time I had a chance to experience a total solar eclipse…many moons ago.

In 2003, I happened to be in Germany during a total eclipse. I was in the town of Ulm, in the south of Germany on the Danube River. It too was a midday affair. It’s a busy little city known best for the birthplace of Albert Einstein and home to the world’s tallest church steeple, only 768 steps to the top.

I joined a crowd gathered below on the main square all craning their heads toward the sky.

As in any city of it’s size there is a certain amount of noise level from the traffic, horns, trains, the bustle of people conducting daily business. On the square in the shadow of the steeple the crowd kept watch skyward and murmured and talked among the different small groups that had melded together with the noise of the city as a backdrop to their conversations. Soon it began to get quite dark and you could feel the anticipation building.

Traffic slowed, then came to a stop, flocks of birds began roosting in the trees and the level of murmur accelerated.

Then at the moment of totality, as darkness fell over the square, a collective gasp and then… silence. Total silence. The city had come to a complete stop, the birds were quiet, and no one was speaking. It was so quiet you could have heard the proverbial pin drop on the cobblestones of the square.

I imagine everyone was as awestruck as I was by both the sight and the feeling it elicited. I imagine it to be something akin to what the astronauts must feel when in space looking back at our world from above to see the planet as a sphere hurling through space and the vastness of the universe that surrounds us.

After the short time of totality the murmur begin with the sliding of the moon of off the face of the sun. The city started up, the birds took off again and people went back to the hustle and bustle their daily lives.

I’ve been looking forward to the upcoming eclipse ever since and began searching for where I would experience the Great American Eclipse by making a couple of location scouting trips along the path of totality. While a couple of locations I visited offered scenic beauty in the way of mountain backdrops I ultimately chose this location in Alliance, Nebraska, to be the place I wanted to be for this once in a lifetime celestial event. On August 21, 2017, Carhenge will be in the direct path of the Total Solar Eclipse at 17:49 (UT) or 11:49 am (MT).

Carhenge is a curious replication of England’s Stonehenge by experimental artist Jim Reinders who created the sculpture as a tribute to his father. With a history of using curious media in his art, Reinders used vintage American automobiles to recreate accurately and proportionally the real life structure on the plains in Wiltshire, England.

Located just north of Alliance, Nebraska, Carhenge is formed from vintage American automobiles, painted gray to replicate Stonehenge. Built by Jim Reinders as a memorial to his father, it was dedicated at the June 1987 summer solstice.

Wherever you are to witness this wonderful event may your skies be clear.

Information for viewing, entertainment, camping and parking areas for all of Alliance is located HERE.