An Israeli spacecraft rocketed toward the moon for the country’s first attempted lunar landing, following a launch Thursday night by SpaceX.

A communications satellite for Indonesia was the main cargo aboard the Falcon 9 rocket, which illuminated the sky as it took flight. But Israel’s privately funded lunar lander — a first not just for Israel but commercial space — generated the buzz.

“After eight years of hard work, our dream has come true: We finally have a spacecraft,” said SpaceIL CEO Ido Anteby. “This is the first of many exciting moments, as we look forward to the forthcoming launch in Cape Canaveral.”

Upon completing its lunar mission ­– the first in Israel’s history and the first that’s privately funded – Israel would join superpowers China, Russia and the United States in landing a spacecraft on the moon. 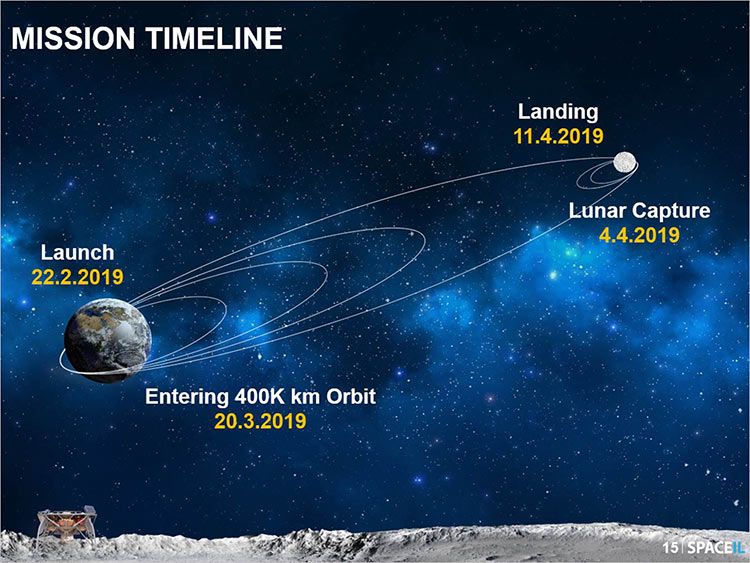 Since the establishment of SpaceIL, the task of landing an Israeli spacecraft on the moon has become a national project, with educational impact, funded mainly by Morris Kahn, a philanthropist and businessman who took the lead in completing the mission, serving as SpaceIL’s president and financing $40 million.

Once launched, the spacecraft will begin with a long and complex flight. The spacecraft will be deployed from the SpaceX Falcon 9 rocket when it reaches approximately 60,000 kilometers from Earth’s surface and begin orbiting the Earth in elliptic orbits. It will circle Earth, widening its circumference each time, while saving fuel and only starting the engines at the end of each cycle. Then, at the right time, it will leave Earth’s gravity and enter the gravity of the moon. After circling the moon a few times, it will begin the landing process, carried out autonomously by the spacecraft’s navigation control system. The entire flight, from launch through landing, will take about two months.
Once the spacecraft, carrying the Israeli flag, lands on the moon in April 2019, it will begin taking photos of the landing site. It will also perform measurements of the magnetic field in a scientific experiment carried out in cooperation with the Weizmann Institute and NASA. The data collected from this experiment will be transferred to IAI’s control room during the two days following the landing.

Details about the spacecraft and the crew building it; national symbols, like Israel’s Declaration of Independence, the Bible, Israel’s national anthem, “Hatikvah”, and the Israeli flag; cultural objects; materials – paintings, for example – collected over many years from the public for sending to the moon; dictionaries in 27 languages and encyclopedias, an indication of knowledge accumulated by all humanity thus far; Israeli songs; the Wayfarer’s Prayer; books of art and science and Israeli literature; information about Israeli scientific and technological discoveries and developments that influenced the world; photos Israel’s landscapes and of leading figures in Israeli culture; a children’s book that was inspired by SpaceIL’s mission to the moon.

The time capsule, along with the spacecraft, will remain on the Moon indefinitely, even after completing Israel’s first lunar mission. With no plans to return to Earth, the spacecraft and information within the time capsule’s disks will possibly be found and distributed by future generations.

Yonatan Winetraub, one of three SpaceIL founders, said, as he inserted the time capsule into a spacecraft: “This is a very emotional moment. We do not know how long the spacecraft and the time capsule will remain on the moon. It is very possible that future generations will find this information and want to learn more about this historic moment.”

“The excitement we all feel today will only intensify moving forward, and I can’t wait for the next milestone,” said Kahn. “This is only the beginning.”

SpaceIL is partnering with the Israeli multimedia company StellarNova to publish a new children’s book based on SpaceIL’s historic moon mission.

SpaceIL, which is launching Israel’s first unmanned spacecraft to the moon, hopes its mission will create an “Apollo Effect” in Israel and the Diaspora that spawns a new generation of children to become interested in aerospace engineering and space exploration. To accomplish this, SpaceIL has found a perfect partner with StellarNova, which produces books, science experiments, toys, videos and more that encourage kids to get involved in STEM (science, technology, engineering and math).

“The Little Spacecraft,” by StellarNova’s Dr. Mom, is the story of Berrie, a toy spacecraft based on SpaceIL’s real spacecraft Beresheet. Berrie dreams of going to the moon, but the other toys believe she is too small for such a big dream. Using easy-to-understand language, Berrie explains to her new friends how each of her special tools are designed to help her accomplish her mission.

“’The Little Spacecraft’ is a book that aims to inspire the next generation of young Israelis – and Jewish children the world over – to think differently about the STEM subjects,” said Sari Brosh Rechav, SpaceIL VP. “With SpaceIL helping Israel to land on the moon, and by describing a parallel journey that any Jewish child could relate to, we hope to nurture the dreams of kids across Israel and around the Diaspora to venture into the STEM subjects and help take more giant leaps for mankind.”

Along with the book, SpaceIL has also launched MOON KIDS, an interactive website designed for kids to learn more about this historic mission. 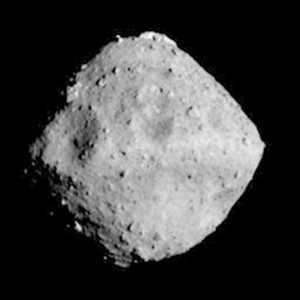