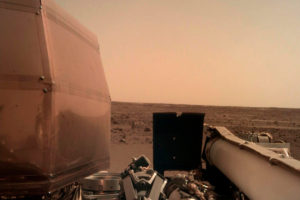 When your entire landing sequence is shorter than the time the radio signal travels from Mars to the Earth, InSight's handlers suffered through "seven minutes of terror" until they could celebrate the success of landing on Mars.

A single ping was all it took to send mission control into a engineering party celebration that welcomed the newest explorer to the surface of Mars. 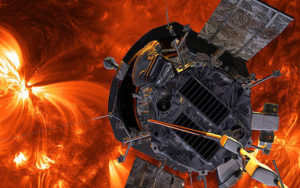 Parker Solar Probe is alive and well after skimming by the Sun at just 15 million miles from our star's surface. This is far closer than any spacecraft has ever gone — the previous record was set by Helios B in 1976 and broken by Parker on Oct. 29, 2018 — and this maneuver has exposed the spacecraft to intense heat and solar radiation in a complex solar wind environment.

At its closest approach on Nov. 5, called perihelion, Parker Solar Probe reached a top speed of 213,200 miles per hour, setting a new record for spacecraft speed.